Orthodox Christians have believed, taught, preserved, defended and died for the FAITH OF THE APOSTLES AND THE CHURCH since the Day of Pentecost 2000 years ago.

The word derives from two Greek words: Orthos meaning 'Right' and Doxa meaning 'Belief' or 'Worship'. Thus Orthodoxy refers to the practice of the right belief and worship. The Orthodox Church of today claims to be identical with the undivided church of the past.

The Orthodox Church is evangelical, but not Protestant. It is orthodox, but not Jewish. It is catholic, but not Roman.

died for the Faith of the Apostles since the Day of Pentecost 2000 years ago.

"Orthodoxy is the Church of Christ on earth. The Church of Christ is not an institution; it is a new life with Christ and in Christ, guided by the Holy Spirit. Christ, the Son of God, came to earth, was made man, uniting His divine life with that of humanity. This divine-human life He gives to His brethren, who believe on His name. Although He died and rose again and ascended into heaven, He was not separated from His humanity, but remains in it. The light of the resurrection of Christ lights the Church, and the joy of resurrection, of the triumph over death, fills it. The risen Lord lives with us and our life in the Church is a mysterious life in Christ."

When a man leaves on a journey, it is a good idea to know where he is going. With literally hundreds of choices to choose from, how does one decide where and how to worship the Lord Jesus Christ? For many, the answer is simple: "I was raised in the [fill in the name of the denomination] church, it's where my parents went to church, it's really all I've ever known, and besides, I rather like it here!" But for some, that question begins to nag at them at some point in their life, as they notice the following:

As a result, such a person may begin to take a look at "what else is out there" in terms of church life. One such person is Peter Gillquist, who in the 1960's was the Big Ten regional director of Campus Crusade for Christ. He and many of his fellow leaders in Campus Crusade set out to find the "New Testament Church". Writing in Becoming Orthodox: A Journey to the Ancient Christian Faith:

...we had agreed on the front end to do and be whatever we found that the New Testament Church did and was,

and we followed her through history. If we found we were wrong, we would change. We were committed to

believe her doctrine, to enter into her worship, and to reflect her government as best we could discern it.

Or to put it another way, if we found that all Christians everywhere believed a certain truth or held to a

certain practice, if it was done by all and it squared with the Holy Scriptures, we would alter our course

Peter Gillquist became a priest in the Orthodox Church.  You may see a talk he gave explaining his journey in the "About Orthodoxy-Video" section of this website.

We had wondered why the Church of the Apostles would abruptly cease,

to be revived some fifteen hundred years later in northern Europe.

That man became a bishop in the Orthodox Church.

But what is the Orthodox Church? Some have likened it to an onion - having peeled back one layer, you then see there is yet another layer beneath that, and then another layer after that, and so on. In fact, Orthodoxy is more than can be described on a website. So rather than attempt to describe it further to you, we invite you to "come and see!" 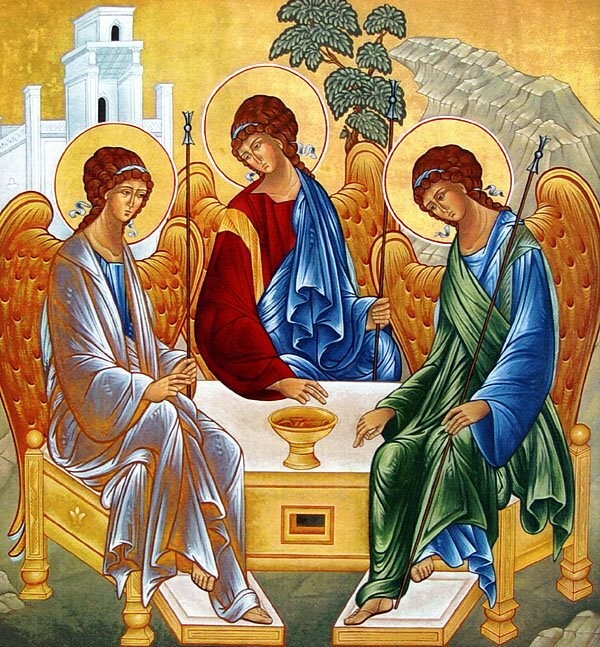